Shankar was born to a Bengali family in Benares, British India, and spent his youth touring India and Europe with the dance group of his brother Uday Shankar. He gave up dancing in 1938 to study sitar playing under court musicianAllauddin Khan. After finishing his studies in 1944, Shankar worked as a composer, creating the music for theApu Trilogy by Satyajit Ray, and was music director of All India Radio, New Delhi, from 1949 to 1956. 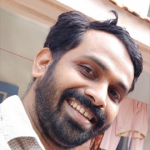